Airtel, the pan India mobile telephony company has launched Rs 199 and Rs 249 plan with similar benefits. The catch is both the plans provides daily 1.5 GB High Speed 4G Data, truly unlimited calls and 100 sms per day with a validity of 28 days. We have observed the major difference between the plans Read more

Bharti Airtel Limited, the PAN India mobile telephony company has announced the launch of Rs 599 recharge for its prepaid subscribers in India, as per the recharge the customers will be benefited from a 1-year subscription of Disney+ Hotstar VIP services. As the IPL season has begun the cricket fans are all set to watch Read more 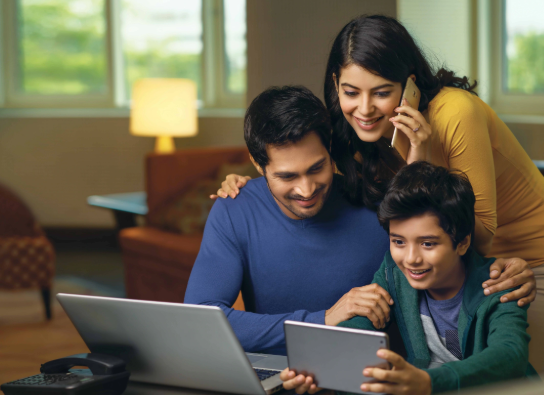 Bharti Airtel, the PAN India mobile service provider have announced the launch of Rs 698 recharge combo plan for its prepaid subscribers in India. Airtel recharge of rupees 699 offers Unlimited Calling, 2 GB/day, 100 SMS/day. The bundle comes with a validity of 84 days. In addition, as part of Airtel Thanks benefits the customer Read more

Bharti Airtel, the pan india mobile telephony company in India have announced the launch of yearly truly unlimited calling pack at Rs.1498 in India As mentioned, the pack is for recharge and obviously applicable for prepaid subscribers in India. The Rs 1498 is second lowest recharge pack after Rs 2498 yearly recharge pack, Rs 1498 Read more

Airtel, the pan india mobile telephony provider have announced the launch of ZEE5 Top-up along with strategic alliance with ZEE5. The new ZEE5 top-up provides unlimited access to catalogue with a validity of 30 days. Airtel ZEE5 top-up is priced at Rs 79, the convenient top up will be available to all Airtel customers through Read more

Airtel, the pan India mobile telephony company in India have announced discontinue of its yearly plan of Rs 2398. The plan was suitable for long term users and also saves the wallet of customer, if calculated on per day expense vs 28 days, 56 says, 84 days plans. Image for Representation: TNSTCblog.com Rs 2398 offers Read more

We are providing you the latest offers of Airtel Tamilnadu in an ordered manner based on the MRP. The offers listed below are for the month of June 2020. MRP Rs Benefits Validity 10 You are enjoying talktime worth Rs.7.47 NA 18 Enjoy ISD calling at discounted rates for 28 days. For country wise tariff Read more